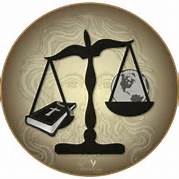 Many times, in the reading of the Psalms, there is a distance between our hearts and the heart of the psalmists. We read these words where someone is in anguish over their persecution. They have enemies that are actually pursuing and attacking them. It is rare in our modern lives to have the same kinds of situations occurring around us that drove the words of the Psalms to be penned. I see where this can cause a separation in what the message has the ability to convey to us.

What if we had an enemy that was pursuing us day and night with the intention to defeat and kill us? Their sole motive was to take all that what was given to us by God. They existed to destroy a relationship with God that leads to sanctification. They found pleasure in our misery, depression, hopelessness, defeat, etc. They were willing to battle us until we turned away from God and too the comforts of the world. That enemy exists! That enemy is the devil and his army of fallen angels. We can read the Psalms and know that every word of desperation would be the crying out of our hearts if the deceiver were to make himself as clear as a physical enemy. Our biggest battle is with the spiritual realm and not the earthly realm that seeks to hold our attention. For our struggle is not against flesh and blood, but against the rulers, against the authorities, against the powers of this dark world and against the spiritual forces of evil in the heavenly realms. (Ephesians 6:12) The deceiver is constantly looking for a foot hold in which to attack the hedge of protection God places around those who follow Him. The devil himself acknowledges this hedge when he complains of God’s protection of Job. Have you not put a hedge around him and his household and everything he has? You have blessed the work of his hands, so that his flocks and herds are spread throughout the land. (Job 1:10)

Don’t wait until the spiritual battle is manifest in the flesh. Read the Psalms and know the power of God against an enemy that attacks you in your mind and in ways you can’t always see immediately. Let your relationship grow with God as well as His hedge of protection from your enemy. Let the Psalms draw you closer to the nature of your Protector, Shelter, Sustainer, Rock, and Fortress against all enemies. Draw close to the hope found in the Psalms. Draw close to hope found in God.