In the following piece of scripture it is revealed that God reveals Himself to all people. He makes His presence and power clear through His creation. Every person in this world has had a moment where they marvel at nature, an indescribable joy, a new born child, the kindness of a stranger or some other moment that caught their attention. They are looking into the face of God and have no idea how to explain the way their spirit seems to illuminate in the presence of the power of their Creator.

18 For the wrath of God is revealed from heaven against all ungodliness and unrighteousness of men, who by their unrighteousness suppress the truth. 19 For what can be known about God is plain to them, because God has shown it to them. 20 For his invisible attributes, namely, his eternal power and divine nature, have been clearly perceived, ever since the creation of the world, in the things that have been made. So they are without excuse. 21 For although they knew God, they did not honor him as God or give thanks to him, but they became futile in their thinking, and their foolish hearts were darkened. 22 Claiming to be wise, they became fools, 23 and exchanged the glory of the immortal God for images resembling mortal man….. (Romans 1:18-23a)

God makes His presence clear to all and it is the darkened heart that denies the source. The heart is blinded by false wisdom, pride, arrogance, and sometimes shame that covers God’s presence. They idolize the things of this world and are willing accept the happiness of earthly moments as an exchange for the joy found in earth’s Creator and Sustainer.

They exchanged the truth about God for a lie and worshiped and served the creature (creation) rather than the Creator (Romans 1:25)

God puts eternity in all men’s hearts. He has put eternity into man’s heart (Ecclesiastes 3:11)  He creates a longing that is meant to seek Him but gets soiled in man’s fallenness and then given over to addictions (alcohol, drugs, pornography), sin (greed, lust, envy), and idolatry (money, sex, vanity, attention); all in attempt to fill a void that only the Father can fill. How many people that seem successful by worldly standards later admit that they are truly empty? They sink deeper into despair when they are lost because the world they are meant to shine light into by reflecting their creator blows out the flame they have built for themselves. They seek a powerless source and neglect the only everlasting God.

14 And the Word became flesh and dwelt among us, and we have seen his glory, glory as of the only Son from the Father, full of grace and truth. (John 1:14)

God, in His infinite wisdom, even went so far as to come to earth in the flesh and show His love to us through His teachings and eventually the sacrifice of His body as an atonement for our sin. He presented His plan in the Old Testament through prophecy and then fulfilled it in Jesus. He made the Word flesh so that His glory could be visible. God literally loves us so much that He left Heaven and stood among us to fill that void and reconcile us to Him. God has made His presence clear throughout history and the arrogance and blindness of man has seen them explain away God in exchange for something they can control and take credit for discovering. Science does nothing more than give man a false sense of power and control. It doesn’t explain away God, it just proves His methods and shows His glory to a world that must sink deeper into the darkness to avoid the eternal light.

All history shows people seeking God. The Greeks had gods that lived on Olympus, the Egyptians built statues and monuments, and many other religions have designed gods to suit their desires and fit into a cultural box they have created. The true God placed that longing into all men and then showed Himself through creation for all time. He has no need to change to suit man so they have chosen to change Him into a powerless imaginary god or deny Him all together in their pride and arrogance. Know that all men have felt His calling, they have felt the emptiness only He is meant to dwell in, and they have seen him with their eyes.

It is up to us as believers, who have allowed His Spirit to dwell within us, to reflect His light and His love so that the lost can find their way home; because we are more proof that God is going to show Himself to every person we will ever meet. 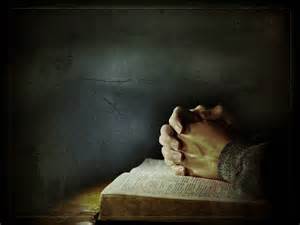 So whatever you believe about these things keep between yourself and God. Blessed is the one who does not condemn himself by what he approves. But whoever has doubts is condemned if they eat, because their eating is not from faith; and everything that does not come from faith is sin. (Romans 14:22-23)

If someone draws closer to God through certain practices, we are not to judge as long as they don’t go against scripture. This includes denominational differences. We have to let all things lead to Christ even if we might think of them as senseless. We shouldn’t let the things that make us different draw us apart. God creates many diverse parts to make up the church, the bride of Christ. God uses many ways to touch the hearts of each of His children. Just like God used ceremonial law to keep the focus of His people on Him, He will use multiple ways to draw people from the darkness of sin.
The danger comes when people lose focus on God and develop a reliance on acts. This is where people become legalistic and think that their actions take the place of the faith we are called into. Be careful not to let differences in practice draw believers apart. Keep your opinions between you and God so that your thoughts don’t create division.
If you feel God call you to a certain place, walk with Him. If you have a practice that you feel draws you closer to God and honors Him, draw close to Him as He draws close to you. As long as your practice doesn’t contradict scripture, praise God in what draws your heart to Him. Don’t rely on your practice, let those moments develop your intimacy with God and grow your relationship with Him. The ultimate intimacy with God is found in relationship with Jesus Christ. Let your walk be yours and let your neighbor’s walk belong to them.
So, whether you eat or drink, or whatever you do, do all to the glory of God. Give no offense to Jews (believers) or to Greeks (unbelievers) or to the church of God, just as I try to please everyone in everything I do, not seeking my own advantage, but that of many, that they may be saved (1 Corinthians 10:31-33) 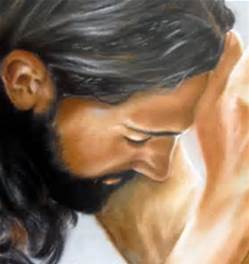 And Zechariah said to the angel, “How shall I know this? For I am an old man, and my wife is advanced in years.” And the angel answered him, “I am Gabriel. I stand in the presence of God, and I was sent to speak to you and to bring you this good news.  And behold, you will be silent and unable to speak until the day that these things take place, because you did not believe my words, which will be fulfilled in their time.” And the people were waiting for Zechariah, and they were wondering at his delay in the temple. And when he came out, he was unable to speak to them, and they realized that he had seen a vision in the temple. And he kept making signs to them and remained mute. (Luke 1:18-22)

The Scripture above is part of the story that tells us about an angel of the Lord telling the father of John the Baptist of his upcoming conception and birth. John’s father, Zechariah was a priest. The angel came to him as he was doing his duty in the temple. Zechariah’s disbelief was met with an inability to speak. This scripture spoke to me. I don’t see this inability to speak as a punishment but a gift. Not only was Zechariah left alone with the ability to only communicate with God, but his doubt was also kept to himself and away from those who looked up to him as a priest.

[In Scripture silence was the prelude to extraordinary events. It was a sign that God was about to work… he could not be allowed to take his doubt out to the people.  It was thus not just a punishment. It was a chastening with a purpose. – Peter Pett’s Commentary on the Bible]

[When this realization struck home, the crowds knew they he had seen a vision in the temple and that God was about to do something marvelous in their midst (v. 22).- Bible.org]

Many times, in midst of our troubles, we run to earthly comforts. It might be a substance or people. In doing this we run the risk of turning away from a God that uses troubles to draw us to Him. He wants us to rely on Him so that He can groom us for our purpose. “So you, by the help of your God, return, hold fast to love and justice, and wait continually for your God.” (Hosea 13:6) When we run to other things to comfort us we leave God out of the process He is drawing us to in our trouble. I feel the silence of Zechariah represents our tendency to pour out our hurt, doubt, disbelief, and frustration to the people around us who God desires to influence with our faith and obedience. God wants the people around us to see His work in us. Don’t be quick to spread your doubt and hurt to anyone around you. Seek wise counsel from other believers to speak the truth of God to you in your difficulty. The Lord is good to those who wait for him, to the soul who seeks him. It is good that one should wait quietly for the salvation of the Lord. It is good for a man that he bear the yoke in his youth. Let him sit alone in silence when it is laid on him;  let him put his mouth in the dust—there may yet be hope (Lamentations 3:25-29)

for when our faith is weak, and we throw out many obstacles, the truth of God, in continuing to flow toward us must, of necessity, break through them with a kind of violence – Calvin’s Commentary on the Bible