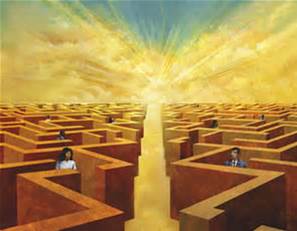 “Has the Lord as great delight in burnt offerings and sacrifices, as in obeying the voice of the Lord? Behold, to obey is better than sacrifice, and to listen than the fat of rams. For rebellion is as the sin of divination, and presumption is as iniquity and idolatry. Because you have rejected the word of the Lord, he has also rejected you from being king.” – Samuel (1 Samuel 15:22-23)

The religious actions of people will never take the place of God’s desire for obedience. People think that they can please God by doing things that they feel serve Him. God desires your service for His kingdom but He desires to lead you in your service. Samuel says in the scripture above that divination (prediction) can be considered rebellion and presumption (assumption) is considered to be on par with immorality and self-reliance. We can’t walk a path that we have designed for ourselves and then be disappointed when God won’t honor our misguided decisions in how we should follow Him. In the case above, Saul was told to kill all of the people and the livestock of the people God had chosen. He instead kept their king alive and brought back all of the good livestock to sacrifice it to the Lord. He directly disobeyed God’s order to kill everything. His intentions might have been good but God was looking to be obeyed. What use does God have with the things He created being sacrificed to Him? The intention of sacrifice was submission and obedience in its implementation. Bypassing what God has called you to do and trying to serve Him in your best efforts will not please Him. Don’t fall victim to self-reliance in how you want to be part of God’s kingdom. Let the Spirit He gave you through your faith in Jesus as your Savior guide you into your service for Him. Recognize Him as Lord and let obedience through love be what drive you into relationship with your Creator.

Power over the Kingdoms of the Earth

The third temptation shows the deceiver trying to take God’s glory for Himself, which is what caused him to be cast from heaven. Our Savior again goes to God’s Word to defeat the temptations on satan: You shall worship the Lord your God and him only shall you serve (Deuteronomy 6:13) This is one of the most important truths for us to live by. We should look to God before all things. That includes wealth, power, fame, people, position, etc. One of the other temptation we can see is how this could have also pertained to Jesus. The deceiver was offering Jesus a shortcut around the suffering He was going to endure at the cross. The deceiver was offering the opportunity to bypass the will of God to gain His kingship by and easier way. He was offering the power without the process, the position without rejection, the easy route without the required work. We may not have the chance to sit on a thrown but this says much more. Many times, we are tempted to take a lesser reward under our own strength than the gift God desires through our obedience to His process. Jesus could have taken an earthly thrown but resisted the temptation to avoid the pain and rejection to receive the Heavenly thrown at the right hand of the Father. If we walk a path that God has not designated for us we take the risk of settling for a life that cannot compare to what God designed us for. We will live a life of emptiness, discomfort, loneliness, and fear that might have come easier and faster under our power; but is a shadow of the life we were made to flourish in. Don’t fall into the temptation to bypass God’s light and end up in a darkness fueled by the void where God desires to place Himself in your life. Jesus resisted all of these temptations and made the meaning of Hebrews 4:15-16 come to life in our spirit. He has been tempted in every way and can now sympathize with us, allowing us to draw near to the thrown if grace. How amazing is the Savior we have the opportunity to place in Lordship over our lives? Let Jesus have your heart and guide your steps. He knows your temptations and wants to walk with you in them as you bypass the snares of the deceiver. Walk in communion with the Lord and know what He resisted so that He could hold your hand and guide you to the light design for your path. 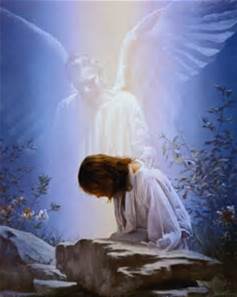 In reading today I had a thought. What if God’s timing is based on defeating the deceiver as he tries to destroy God’s creation? 1 Corinthians talks about the secret wisdom of God that moves for His purpose without giving full knowledge of His way. (1 Corinthians 2:6-8) Yet among the mature we do impart wisdom, although it is not a wisdom of this age or of the rulers of this age, who are doomed to pass away. But we impart a secret and hidden wisdom of God, which God decreed before the ages for our glory. None of the rulers of this age understood this, for if they had, they would not have crucified the Lord of glory. If God made all things known, the sinfulness of His people would allow the deceiver to have a foothold in breaking His plan. I love that God could easily squash the deceiver but instead chooses to show is power in repeated defeats on the deceiver’s feeble attempts to compete in a game that he lost at the cross. If the deceiver would have known that Jesus was the sacrificial lamb, the methods would have focused on making God look fallible. Instead God let the deceiver use Judas to betray Jesus to Pharisee who were caught up with the religious concerns created by man, which are not of God.

Jesus says that He came to fulfill the law and to give us truth, which is grace and love. God foretold of the coming Messiah through the prophets, but the hearts that didn’t belong to God could not understand His plan. Peter tells the people that their ignorance was expected and thus forgiven. (Acts 3:17)  “And now, brothers, I know that you acted in ignorance, as did also your rulers. But what God foretold by the mouth of all the prophets, that his Christ would suffer, he thus fulfilled.

Being in relationship with God allows you to receive the Spirit of God and the wisdom He bestows upon His people. You may not always understand what God puts on your heart which is why we are called to be faithful and obedient. We are to walk a path designed by God and to be led by His light on our journey. Have ears to hear the calling of God, and let your steps lead to a depth where your dependence is solely with God and not on your own power. It is then that you will see the Lord moving in you, in your life, and in this world. Ask and receive His secret wisdom. He is willing to give it, but only if you are willing to be led by Him. The word of God will not return to Him empty or without fulfilling its purpose. (Isaiah 55:11) so shall my word be that goes out from my mouth; it shall not return to me empty, but it shall accomplish that which I purpose, and shall succeed in the thing for which I sent it.

In a genuine walk with Christ it is inevitable that we will come across those who take a legalistic view of God. They focus on the rules that must be followed to be in relation with/ accepted by God. The Old Testament consisted of rules that were meant to keep God’s people focused on Him as well as show the generations to come how impossible a perfect adherence to the law was. In God’s wisdom He fulfilled the law by becoming a perfect/ sinless human and allowing Himself to be offered as a sacrificial lamb for the sins of all who are willing to accept the sacrifice. Not only was the law fulfilled by Jesus Christ but the Ten Commandments given to Moses/ laws of the Prophets were covered in the Two Commandments of Jesus (Matthew 22:37-40). Living in a manner commanded by the Savior leaves a believer in a redeemed state where the focus isn’t law but grace. In the Holy Spirit and its fruit there is no law (Galatians 5:23). A person redeemed through Jesus has the law written on their heart, the fulfilment of law through love is in their new nature. Don’t lose sight of the redemptive work of Jesus. Allowing OT law to rule your life and take your focus away from Christ isn’t God’s desire. If we are meant to fulfill OT laws then Jesus died for nothing, His forgiveness isn’t the only way to redemption, and He was lying in (John 14:6).

Walking in the truth of God will make clear that Jesus is our way, He fulfilled the law, and was truthful in being the way to true reconciliation. I refuse to make my savior and God’s plan obsolete by looking past Jesus to a law that created a need for my Savior. Know God, know Jesus, and know that a heart that belongs to God does not require written laws!