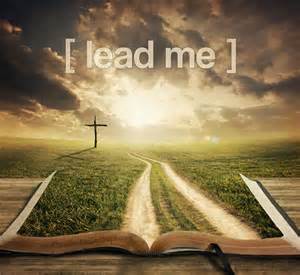 But I will not drive them out in a single year, because the land would become desolate and the wild animals too numerous for you. Little by little I will drive them out before you, until you have increased enough to take possession of the land. (Exodus 23:29-30)

God’s prepares you to accomplish what He destined you for from the beginning of time. Many times, you pray for God’s provision and His provision first comes as preparation for His bigger purpose. That’s why many times our lives seem to become more difficult after prayer. We were expecting a divine miracle to bring us relief when instead God groomed our character to walk in His upcoming revelation. God is more interested in our character than our pleasure. That may sound unpleasant to someone who is always seeking instant gratification, but you should consider what kind of joy and peace come from a character refined by God. How much more will you be able to succeed in His provision and plan for your life when you have submitted to His preparation?
The scripture above shows God’s purpose in preparation. He could have driven out all of the enemies of the Israelites as they entered the promised land but that would have left them fighting into the dangers of the wilderness. Instead He allowed the enemies to keep the land farmed and provision gathered so that His people would be taken care of as they conquered each group of enemies in turn. At the same time, He was allowing His chosen people to increase so there would be enough to inhabit the land. God let His people grow in strength, number and relationship with Him before they were spread out over the land He had promised. Spreading His people too thin, too weak, and not focused on Him would have left them vulnerable to the things that try to destroy God’s plans.
Know that God has a plan much bigger than what you can see. His ways are higher than our ways. Rely not on your own understanding of a situation but on your understanding of the God you serve. Submit to His refining, like the refining of gold. Let God increase your strength and value for His name sake, for His kingdom purpose. Be clay that is pliable in the potter’s hand and know that the joy found in the purpose God designed you for is worth the difficult season. Know that the God that sees all things from beginning to end has your best in mind as He grooms you for a purpose beyond your wildest dreams.

2 thoughts on “God Prepares Your Way”